Have you been smelling something funky inside your house? You checked and there’s not dead animal and no rotting food or garbage. What could it be? Well, maybe what you are smelling is sewer gas. 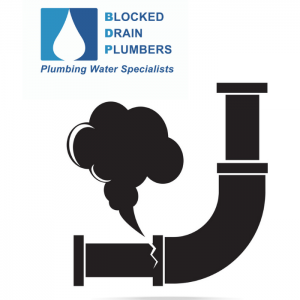 What is sewer gas?

Sewer gas is a byproduct of gases produced when natural human waste breaks down. It is typically produced by the action of anaerobic bacteria, a type of bacteria that does not require oxygen, on sludge and sewage. It typically consists of ammonia, methane, hydrogen sulfide, nitrogen, carbon dioxide and other inorganic gases.

What causes the sewer smell?

The rotten egg or sewer smell is usually due to the presence of hydrogen sulfide (H2S). Although there is also ammonia mixed in the gas, it is only in rare cases that it’s the culprit. Most of the elements contained within the sewer gas are odorless. Typically, a human will smell the hydrogen sulfide if the concentration is between at least.001 and 0.01 ppm (parts per second).

How is hydrogen sulfide produced?

When there is no oxygen or oxidants in the sewer, a reaction where the sulfate radical is reduced to water and hydrogen sulfide. According to some studies, it takes around two to three days for fresh wastewater to produce hydrogen sulfide. More commonly it is already through the wastewater treatment plant.

Nevertheless, there are some environments in the sewer where H2S can be produced. Once place is the layer of slime and the sludge stuck below the sewer pipe. When the sewer is fully or partially clogged, preventing wastewater to flow freely.

Is sewer smell harmful to people?

Why do I smell sewer gas in my house?

A plumbing issue is normally the culprit as to why you smell sewer gas inside your home. More commonly, because of untrapped floor drains in the utility room or basement. Although it is quite uncommon, sewer gas may also leak inside your house because of a dry trap in the drain line. When the water evaporates, the trap seal breaks. A cracked or damaged trap that does not trap water also loses the trap seal, which in turn allows the sewer gas to leak.

Sewer gas also leaks when the drain line between the trap and main sewer is broken or cracked since there is nothing preventing it from leaking through these cracks. In many cases, a broken drainpipe also allows wastewater to leak into the basement or crawlspace under you home. This will also be a reason why your house smells of sewer odor.

What can we do to keep H2S from forming in the sewers?

Oxidizers are often added to the sewage to prevent hydrogen sulfide and sewer gas from forming. Commonly, chlorine, hydrogen peroxide, oxygen, and permanganates are used as oxidizers. Sometimes, flushing the sewers is done if the issue is with the sewage collection system. This increases the flow rate of wastewater and gets rid of clogs and other sediments. It is not a practical and permanent solution though and can only be done to remedy serious issues.

How can I prevent sewer gas from entering my house?

The best way to keep sewer gas out of your home is by locating your plumbing issue and having it fixed by a licensed plumber. At this point, it is best to leave it to a licensed emergency plumber in order to avoid aggravating the plumbing issue even further. A well-seasoned licensed plumber will be able to find the problems in your plumbing system and provide further solutions to prevent sewer gas from leaking inside your home.

Remember, if you encountered any plumbing emergency such as blocked drains, blocked toilet, blocked sink, or if you need drain cleaning in Melbourne, contact us on 0412 738 874 or you can leave a message on our contact form.